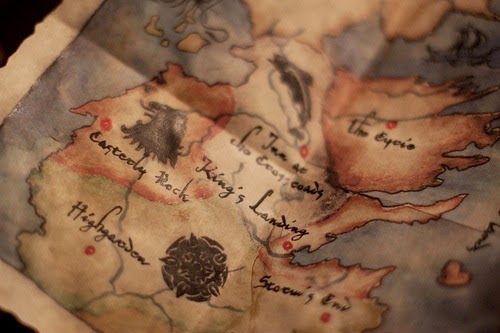 Have you heard of the word “sexposition”? The term was initially coined to describe the superfluous use of raunchy material in the HBO show Game of Thrones. While it’s universally acknowledged that the series has copious amounts of explicit sexuality, plenty of people are watching it. (Maybe I should say “because” instead of “while.”) Christians make up a percentage of the audience as well.

Filmmakers and actors can simulate violence, simulate language, simulate other sinful behaviors. But to show nakedness and sex you can only actually 1) be naked and 2) feign to have sex. And let’s spare only a few details here: Unless the actor is himself/herself a goodness-of-the-body-denying, emotionless Gnostic Platonic ideal-person rather than a live human being, he/she will have physical and emotional responses to that “acting.” To do it “right,” you can’t simply do acting proper. There’s an F-word for that: fornication.

In the comments section of Burnett’s article, Austin Gunderson adds another strong point:

But that’s not even the worst of it. You may have noticed that I titled this blog post “The Second Most Important Reason Why Christians Shouldn’t Watch Game of Thrones.” Yes, our own spiritual health is at stake, but we as a viewing audience have another factor to consider—the well-being of the actors and actresses. Through our patronage, we encourage them to commit immorality. But that’s a topic for another blog post. Actually, that’s a topic for several blog posts, which I plan to post sometime in the near future.

In the meantime, I encourage you to read Burnett’s article, and then maybe jump into the discussion yourself—either on the blog or on Facebook (where I’m currently involved in some dialogue myself). Whatever the case, Burnett provides a breeze of clean air in a climate where too many are comfortable with inhaling smog.

UPDATE: The original title of this article used the word “You” instead of “Christians.” Based on some feedback I received, I made the change in order to more effectively communicate who my intended audience was.