Showing posts from February, 2018
Show all

“Shape of You,” Objectification, and Harvey Weinstein 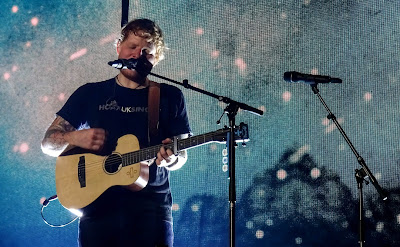 I’m not hip. My exposure to most pop music involves hearing the songs my wife adds to her Spotify playlists. If not for that, I probably wouldn’t know much (or anything) about Adele or Taylor Swift or One Republic or Imagine Dragons. Aren’t you glad she’s in my life? (I am—immensely.) Being the unhip hipster that I am (you know, uncool before it’s cool to be uncool), I only first heard Ed Sheeran’s “ Shape of You ” several weeks ago. It caught my attention for a couple of reasons. First, it’s catchy. And second, it reminded me of Harvey Weinstein. My mind made an immediate connection between the song’s lyrics and Salma Hayek’s 2017 op-ed for The New York Times: “ Harvey Weinstein Is My Monster Too .” In it, Hayek describes how Weinstein manipulated and harassed her. The abuse came to a head when Weinstein allegedly threatened to shut down Hayek’s pet project—the movie Frida (which, at the time, was in the middle of production)—unless she agreed to add a lesbian sex scene
Read more
More posts