Showing posts from March, 2017
Show all

Why Compare the Filming of Sex Scenes to Sexual Assault? 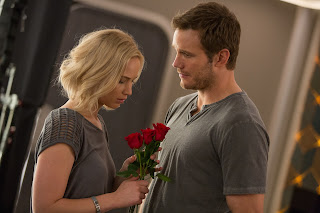 It is near impossible to adequately address a controversial topic in one blog post. Take one (fairly) recent entry: A Tale of Two Sexual Assaults on Jennifer Lawrence . There is much I could have said but didn’t. And by leaving many things unsaid, I inevitably left the door open for people to hear things I did not say. Based on feedback I’ve received, I want to clarify and strengthen my argument by examining three items: 1) the underlying message of the movie Passengers , 2) the controversial language I chose, and 3) human agency—in particular, female agency. Please be forewarned that the following material contains spoilers for the movie Passengers. THE MESSAGE OF PASSENGERS In a work of art, the message and/or worldview of the artist(s) is shown not just in the story that is being told, but in the way the story is being told. The storyteller’s method is part of the message . And the general consensus among critics is that sexual exploitation is the inescapable
Read more
More posts