Showing posts from April, 2017
Show all 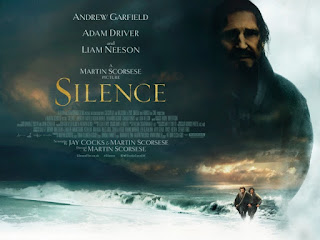 Rarely has a director of Martin Scorsese’s caliber tackled such weighty religious themes head-on with such heartfelt passion. As such, Silence is not an insignificant film. The controversial story has, unsurprisingly, met with a wide variety of responses; it has been called “one of the finest religious movies ever made,” as well as an egregious “subversion of the Christian faith.” Since the movie came out last year, most everyone has had his or her say. I’m not sure if anything new can be added to the voices that have already spoken. Still, I didn’t get a chance to see Silence until recently, and, for what it’s worth, still wanted to write down my thoughts. [Insert joke about me not wanting to remain silent about Silence .] WARNING: There is no way to deal with the thematic elements of this film without revealing major spoilers. In fact, I’m going to enter Spoiler Land and set up camp there. I might even start a fire and cook some S’mores. Yes, this could get sticky.
Read more
More posts