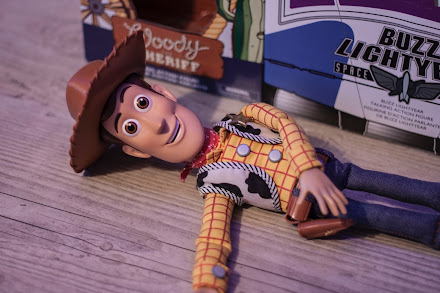 On the surface, there’s no discernible relationship between Pixar Animation Studios and Christopher Nolan. After all, the former produces exclusively animated fare, whereas the latter produces dark and gritty live-action films. And while Pixar movies often tug at the heartstrings, Nolan’s films often act as cinematic brainteasers.

Upon further reflection, however, there are more similarities between Pixar and Christopher Nolan than one might expect. Consider film critic Scott Renshaw’s somewhat humorous summation of Pixar’s output:

The similarities don’t stop there. Both Pixar and Nolan began producing feature-length films around the same time—1995 for the former and 1997 for the latter. Films by both Pixar and Nolan explore existential concepts to a deeper level than many of their respective counterparts. Furthermore, both Pixar and Nolan are recognized for pushing the boundaries of cinematic storytelling in their own unique ways.

Yet another similarity between Pixar and Christopher Nolan, tenuous though it may seem, is how their filmographies can be partitioned. A few years ago, film critic Steven D. Greydanus expanded on a theory originally proposed by Peter T. Chattaway—that Pixar’s films can be grouped into three broad phases:

While working on my review of Nolan’s espionage film Tenet, I came to a realization, inspired by the above Pixar theory: Christopher Nolan has also gone through what we might call three phases as a director. The more I thought about it, and the more research I did, the more a three-part division of his output made sense.

Now, it is true that Nolan repeatedly returns to the conceptual wells of time, memory, and reality itself. But even his fairly cohesive oeuvre can still be divided into three separate epochs, each with its own distinct characteristics. We might label these three phases as follows:

I recently completed a detailed analysis of Nolan’s filmography, which you can find at The Three Phases of Christopher Nolan’s Films. I hope my cinephilic musings prove to be a catalyst for your own rewarding mental exercises.

Photo by Mélanie THESE on Unsplash