When Sexualized Nudity is No Longer an Oddity 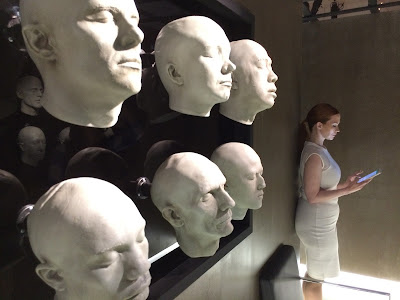 Film critic James Berardinelli recently performed a non-scientific survey of nudity in film and television, comparing various factors involving R-rated films and TV fare. What he found was this: since the year 2000, onscreen nudity in films has dropped significantly, while television (including cable, Netflix, and Amazon.com) has experienced an “explosion of adult-oriented content.” Says Berardinelli,

Wise and winsome Christian commentary is essential in helping believers appropriately engage with our culture on this topic. Toward that end, I submit a recently-posted YouTube video entitled “Why Nudity Should Bother Us.” In it, YouTuber Paeter Frandsen uses a previous Speculative Faith article I wrote (“‘Game Of Thrones’ Sex: It’s Not Just Awkward, It’s Violation”) as a jumping off point to address the topic of sexualized nudity in our entertainment.

I’m honored that Frandsen found the Spec Faith article worthy of examination and commentary. He brings up some excellent points himself, one of which is his answer to the argument that “[actors] aren’t engaging in sex just by showing their bodies”:


That may be true according to some cold, medical definition of sexual intercourse, but according to the Bible, sex is not simply defined as [penetration]. It involves the entire spectrum of fixation on each other’s bodies. This fixation on the body of another, or presenting oneself for that kind of fixation, is part of the sexual experience intended for marriage.

The soundness and eloquence of Frandsen’s material in this video are evidence of the time and thought he put into his presentation. For easy reference, here is a breakdown of the different sections of the video:

You can click on whichever section you want to immediately jump to, or you can watch the video in its entirety below.